Xylitol – the sweetener you and your dentist will love

Xylitol: The Sweetener You and Your Dentist Will Love 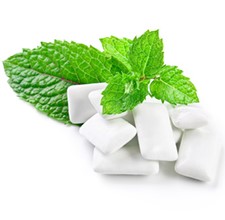 Consider this a major score for your sweet tooth: dentists are taking back that hard and fast rule that gum and candy rot your teeth! A sweetener called Xylitol makes it possible to enjoy such treats guilt-free, while actually fighting cavities along the way.

For those who have long kept the candy aisle off limits or those who cave to their cravings despite the risk of tooth decay, products with this game-changing ingredient may offer the perfect solution.

Xylitol is a natural sweetener similar to sugar in both taste and appearance. It is found in many fruits and vegetables, but is most commonly derived from fibrous plant-based matter, such as corncobs or birch wood. It has received the World Health Organization’s safety rating when added to your diet in a moderate amount (15 grams or less), and only has a third of the amount of calories as sugar.

Xylitol’s appeal is not only due to its favorable calorie count, but also to it being a naturally occurring substance that cavity causing oral bacteria are unable to ferment or metabolize. Other dental benefits of products containing Xylitol include:

Consumers familiar with other sugar-free alternatives may wonder how Xylitol stacks up against Sorbitol, a similar, less expensive substitute that has been on the market for a longer period of time. Although both compounds are technically classified as sugar alcohols, the primary difference is that cavity-causing bacteria can ferment Sorbitol. This means that, while it’s still friendlier to your teeth compared to sugar, it is not as effective as Xylitol at inhibiting oral bacteria growth.

The popularity and overall versatility of Xylitol have made it a favorite not only for food companies, but for dental care companies as well. Chewing gum is but one of many products sweetened with Xylitol. Other products include:

With so many Xylitol products on the market, incorporating this ingredient into your diet and/or hygiene is practically effortless.

As beneficial as Xylitol may be, it’s important to know there are limits. From a nutritional perspective, excess intake may actually result in side effects such as stomach discomfort and/or diarrhea. From a dental perspective, Xylitol is but one aspect of preventative care, and should not be perceived as a magic bullet.

Frequent brushing, flossing and dentist visits still play the same critical role in preserving your oral health. Consult with your dentist for an optimal approach to incorporating Xylitol into your everyday diet and routine.

Since 1972, Salem Pediatric Dental & Orthodontic Associates has provided comprehensive preventive and therapeutic oral health care for infants and children through adolescence including those with special health care needs. We proudly serve the communities of Salem, Lynn, Peabody, Danvers, Marblehead, Swampscott, Beverly, and many more.